Around the O – The Solar Eclipse

You probably heard plenty about the Great American Solar Eclipse of 2017.  Maybe you purchased some eclipse glasses.  Or maybe you attended a party somewhere that you could see the eclipse in totality.  It’s true, we rarely see this kind of thing.  While some people were busy enjoying the sight, others were dissing the craze over some natural happening. 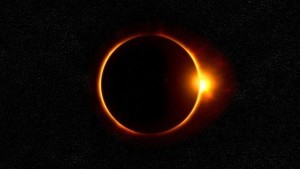 Another Side of the Solar Eclipse

But there’s an interesting business side to this event which brought a lot of people to Nebraska for a better view of it.  Firstly, it boosted retail business in many smaller towns where tourism doesn’t play much of a part in income.  Secondly, any place along the path of totality reported restaurant sales increases, along with other amenities.  Just to top it off, Nebraska saw tourists from all over the world — from the US to Europe, there seemed to be a great cross-section of visitors.

In addition to businesses preparing for increased sales of t-shirts and more, power companies were getting ready too.  Regional electricity providers in the state expected a surge in energy consumption during the eclipse.  But the exact opposite happened.  Demand dropped as the solar eclipse cast a 70-mile-wide shadow that crossed the state.  As Omaha.com quotes in an article:  “We didn’t think we were going to see too much of a change. We thought it would be the evening bump (at mid-day) when the street lights started coming on,” said NPPD spokesman Mark Becker. “We probably didn’t even think about the fact that people weren’t going to be inside their businesses and schools (using electricity).”

To Sum it Up

Whether you are a fanatic or not, there’s no denying it was a spectacular event.  Officials estimate that hundreds of thousands of visitors viewed the eclipse in Nebraska, a number that businesses say helped deliver a potent boost in sales.  And for the fanatics, what better way to spend a day than outdoors with others, witnessing the event of a lifetime?

That being said, there is another solar eclipse coming sooner than we think.  On April 8th, 2024, there will be another total solar eclipse, although it won’t be quite so amazing here in our home state.  You can find out more on GreatAmericanEclipse.com.

Is your energy usage eclipsing your peace of mind?  Let’s talk about maintenance.